Electric Valve Actuator: What is it? 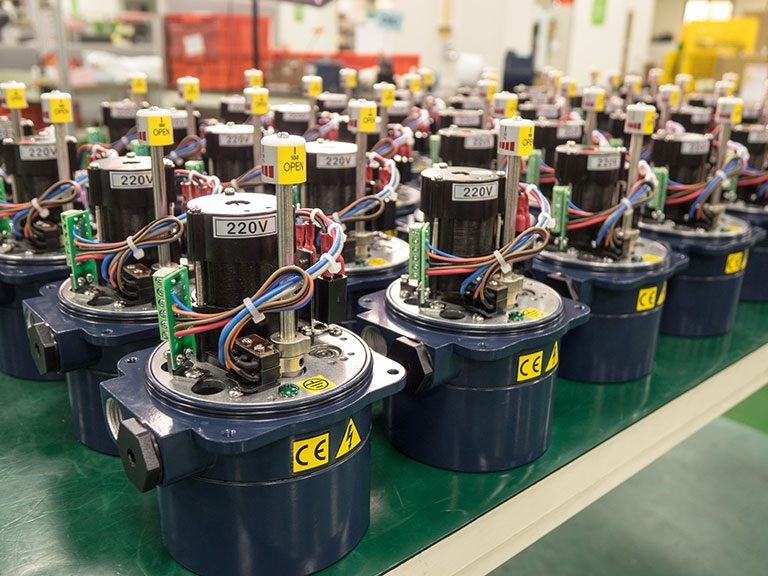 An electric valve actuator in simple terms is an electric device that moves a valve. You can say that a solenoid valve falls in this category but in our case, we are referring to an electric motor separate from the valve. The electric motor is typically housed in an enclosure with a drive gear and two position limit switches as a minimum. These limit switches will turn the motor off as the valve is moved to its end of travel position. End of travel can mean a “Valve OPEN” “Valve CLOSED” or “Valve Mid Position”. In most cases the actuator will come with some form of visual position indication such as beacon, dial or indicator plate. Also common with the actuator is a manual override which can be used to move the valve when no electrical power is available. The override can come in the form of a lever or a handwheel. The handwheel can come with a clutch to engage the handwheel or the handwheel can come without a clutch mechanism. Some may argue that a clutch-less handwheel is less prone to issues with the clutch mechanism and breakage and better for applications where the electric valve actuator is at a raised elevation and requires a chainwheel.

Each electric valve actuator enclosure is given a rating or meets a certain standard. The National Electrical Manufacturer’s Association (NEMA) prepares standards which define the actuator with reference to construction and material composition, tolerances, operating and service conditions, performance and quality. A Type 4X rating is preferred for non-hazardous locations. For Hazardous locations a Type 7 & 9 rating is required. The International Electrotechnical Commission (IEC) has sealing codes similar to NEMA standards. The IP rating designates the degree of protection against ingress of dust and liquid. IP67 tends to be a readily achievable rating for most commercial and industrial applications.

An electric valve actuator serves no purpose on its own if there is no valve to operate. Thus, it is the valve that designates the type of electric actuator required.